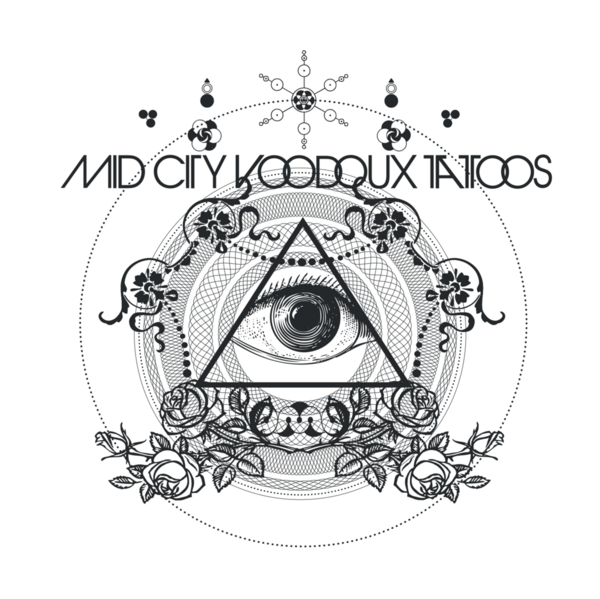 Prophecies have been written about the coming of a comet, and the wake of destruction it will bring with it when it crashes to the Earth. Some cultures call it Ragnarok, others call it simply The End Times, but here in New Orleans we have come to know it and fear it as Mid City Voodoux Tattoos. From space, came the meteor, a glowing purple and green blob of sentient rock, that crashed directly into Juju's backyard. He and Lacey, his voodoo queen, tended to the rock's needs for blood and destruction, and in return it granted them one wish. They held hands in the bloodbath of their slaughter and wished for a place where they could carry out their misdeeds in peace. The rock glowed intensely, and from the ground there rose a building forged of the swamp itself. In May 2008, the rock nestled itself deep in the ground beneath the shop, and called to itself those who would serve it. From the four corners they came - all to serve the vicious whims of the meteor. Come friends, experience the madness. Experience the Voodoux.